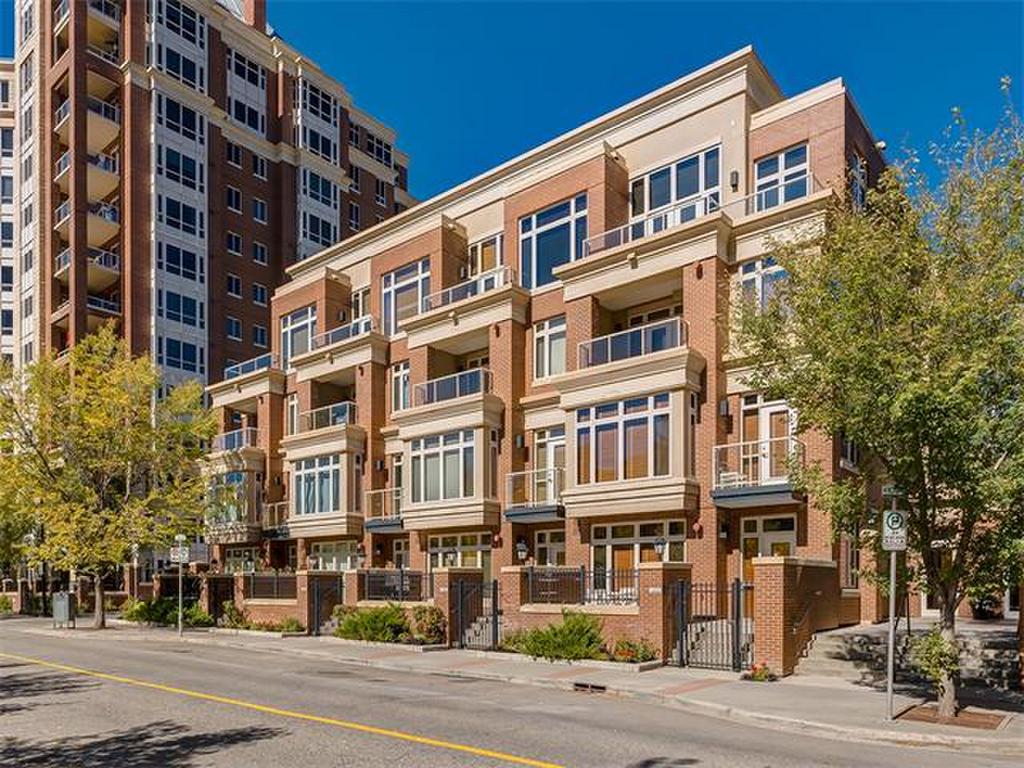 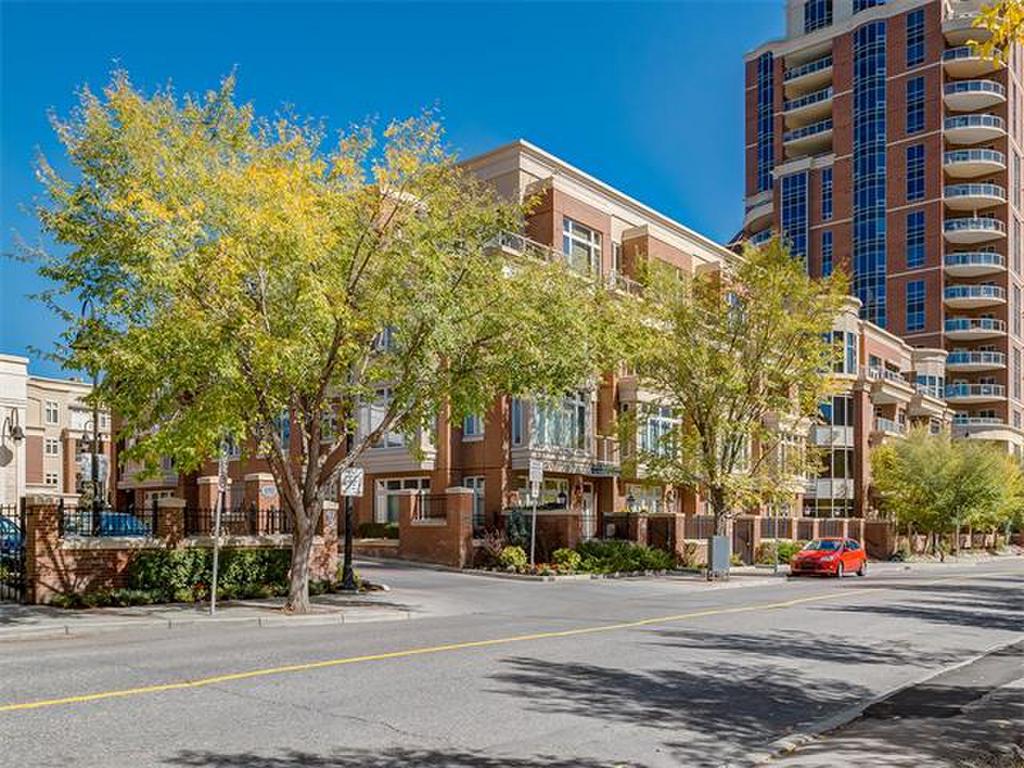 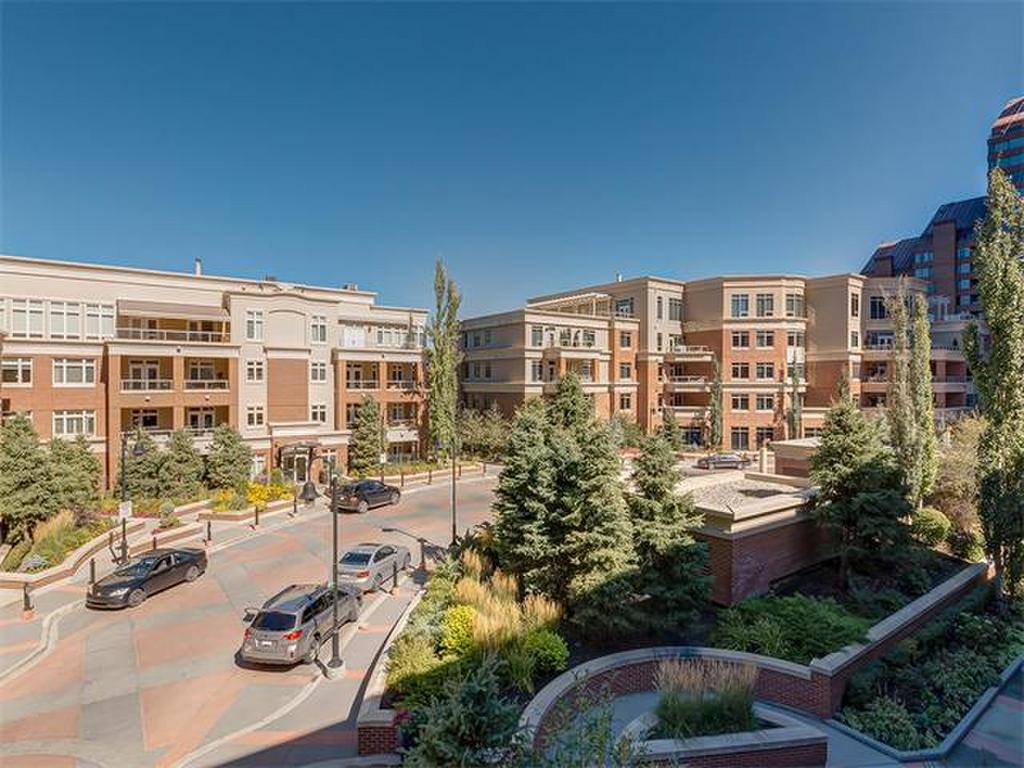 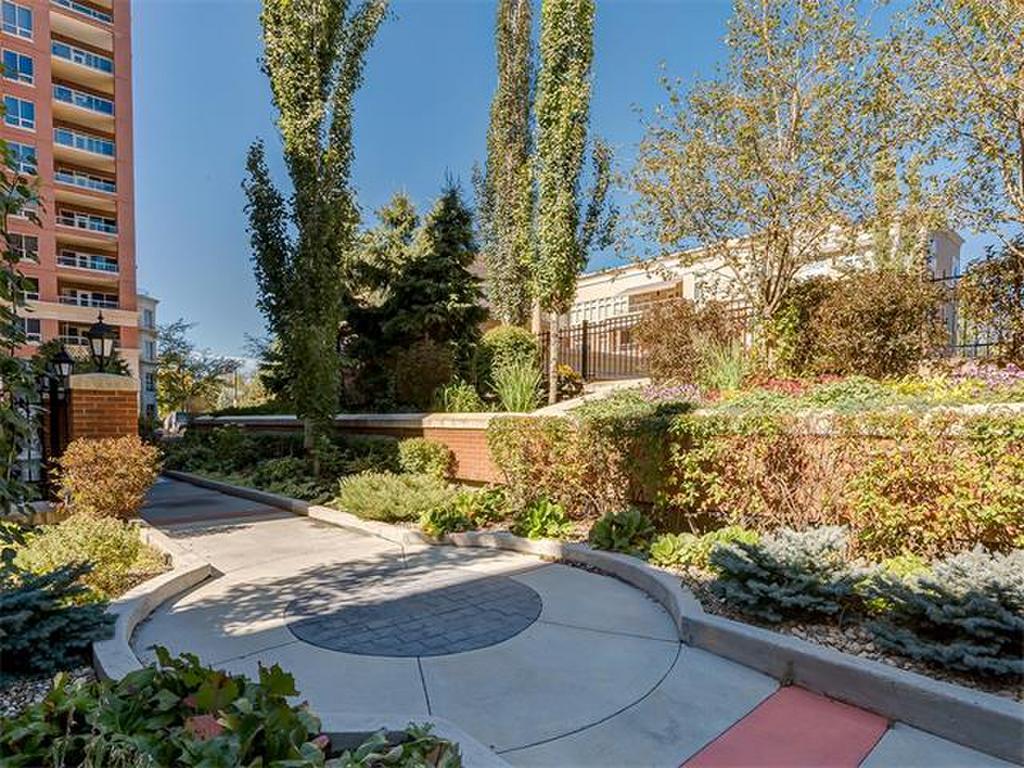 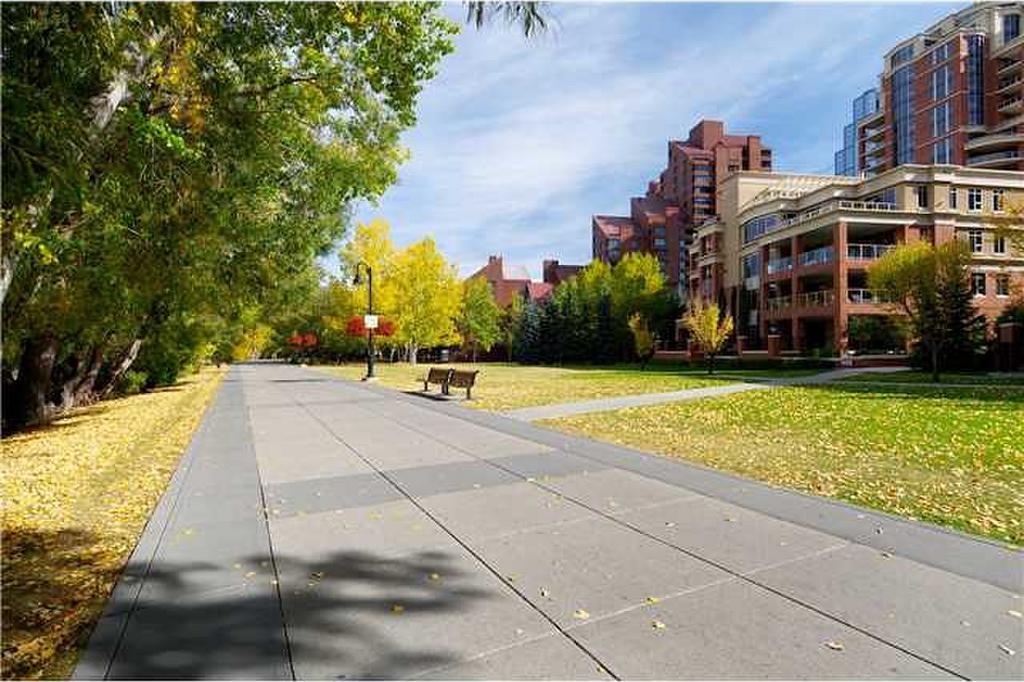 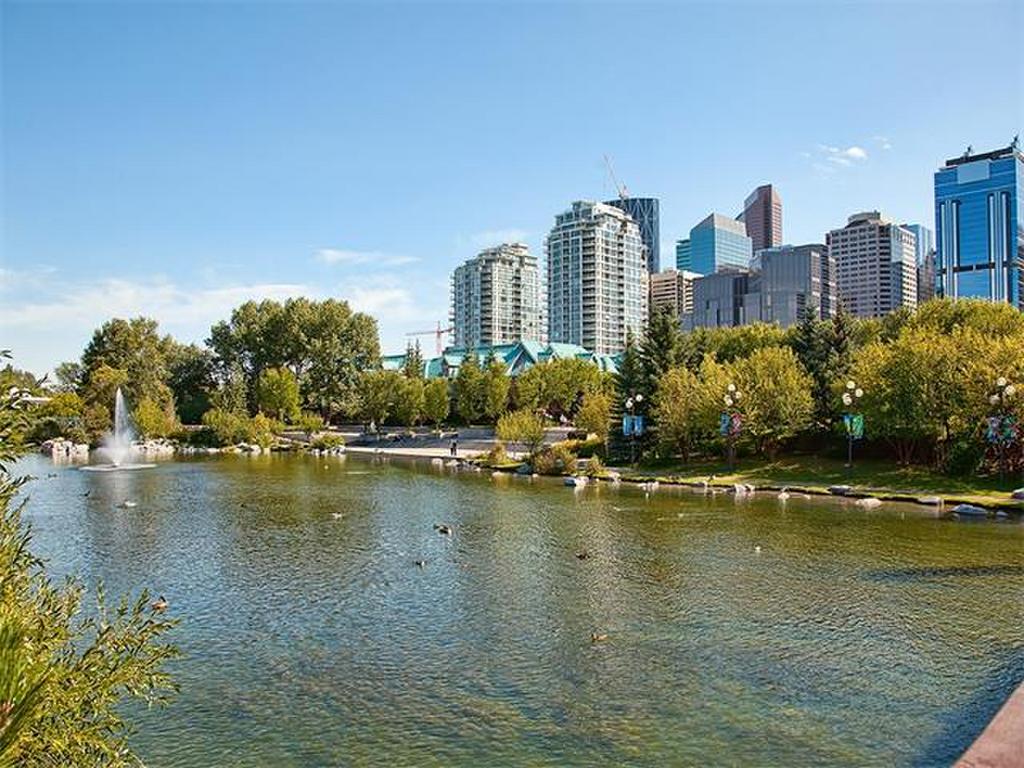 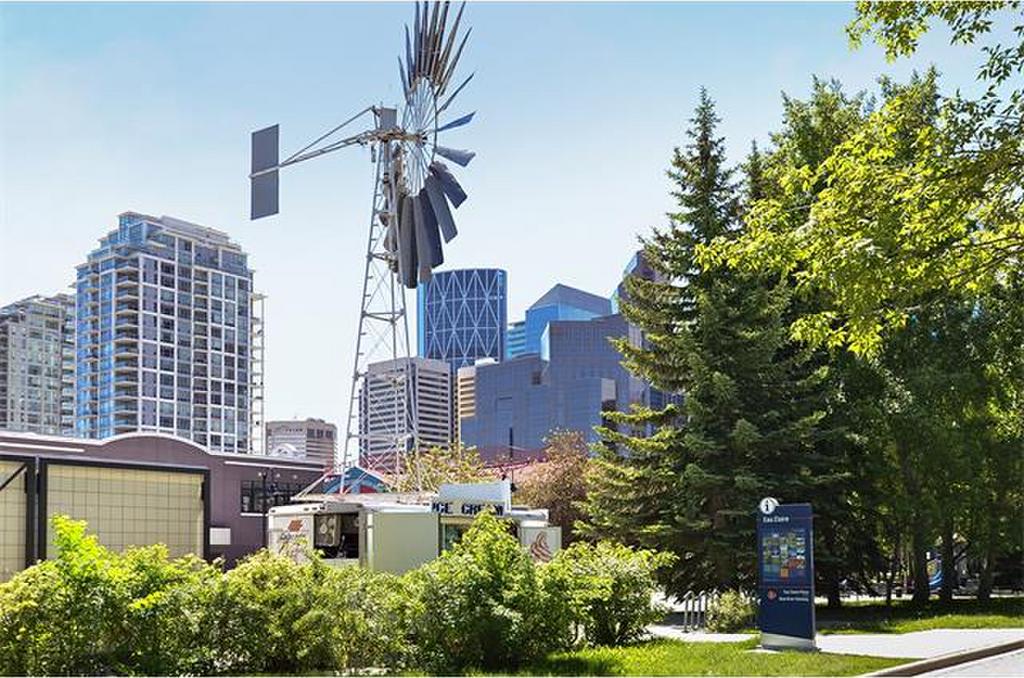 The Princeton is composed of six separate tiered buildings.

Twenty homes here are generally smaller than in the other Princeton buildings, but include four two-level townhouse-style suites that front onto Eau Claire Avenue. A mix of one and two-bedroom suites make up the balance of 16 suites, all with spacious balconies and all served by a quick-quick elevator from the parkade and lobby. This building joins the low-rise Waterfront One building in a single condominium corporation, with exterior gardening and various maintenance work coordinated with the other Princeton buildings. There are fewer amenities for the low-rise Phase One buildings, but that also means that the condo fees are lower than at Princeton Hall.

Fifteen large suites here enjoy light from both back and front and thus views of the garden/driveway area and north or west to the Bow River and its pathway, as the building design with two elevators avoids hallways running the length of the building; 'good idea! In an "L" shape with a long curve and recessed on upper floors of the four stories, the building looks elegant. Although suites won't have the long views afforded to higher-up suites at Princeton Hall, these have human-scale views of the parkland along the Bow. 'Very nice. All the usual standards apply, such as indoor parking, visitor parking, air conditioning, etc.

A twin to its Phase One sister, but with 12 single-level suites and rounded corners.

Pretty much a twin, but a bit larger than its Phase One sister, with 17 single-level suites, also with suite views in at least two directions, and three directions for end-of-building suites. The Grand tower's lobby also acts as the lobby for Waterfront Two, and the buildings share their recreation facilities. Owners from Cityscape Two can walk over.

Largely a twin to its Phase One sister, Princeton Hall, with 44 suites enjoying similar amenities and staff, again with some suites taking up an entire floor, with direct to-your-suite elevator service.

Princeton offers a variety of services and facilities for residents including a wine tasting cellar, hot tub and steam room, sophisticated elevators and security systems, a guest and social suite, beautiful entrance and extensively landscaped grounds and courtyard to relax in.

We couldn't find any listings.