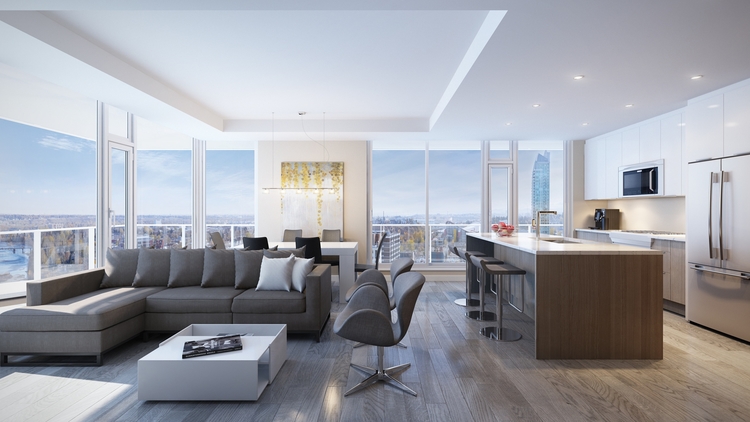 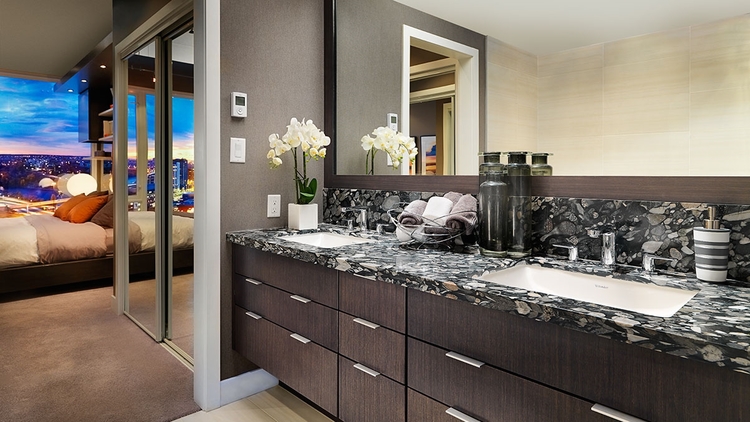 Embassy Bosa was the first private developer to recognize the potential of East Village. The Embassy Bosa team has long been fond of Calgary’s energy and optimism. The Vancouver-based developer is an experienced builder of mixed-use residential communities in North America, and has built the Riverwest, Marquis, Axxis and Liberté towers in Calgary.

Two phases of Evolution have been released to date; construction has begun and now two cranes have risen from the riverfront site. Construction on Evolution Phase I – called Fuse – will move above ground in late fall 2013. Construction will progress at the rate of about 1 storey per week after that, and Fuse should “cap out” – the roof will go on – early in 2014. A year later, in early 2015, residents will move in. As of the Fall of 2013, Phase 1 FUSE was 70% sold and Phase II PULSE was 60% sold.

Both Fuse and Evolution Phase II – Pulse – are attracting young singles and couples, as well as empty nesters and investors. Robert Marchand, VP of Sales and Marketing, says Calgarians appreciate the large, thoughtfully-laid out living spaces and generous balconies in both Evolution phases. Average condo sizes in Evolution hover around the 1,000 sq. ft. size, a proportion that suits Calgarians, according to Marchard.

Marchand says that in the fall of 2013, Fuse was 70% sold and Pulse was 60% sold. New collections of Pulse condominiums are being released regularly. “I feel like East Village is at a tipping point,” he says. “The cranes send a powerful signal, and people can really see the community coming now.”